Russian legal terminology may often pose a challenge even to Russians, let alone those educated in the common law tradition.

If mistranslated – or translated too literally, by means of what linguists call a “calque” – Russian legalese, part of the civil law system heavily influenced by German law and necessarily steeped in Hegelian-Marxist discourse, often obtuse and verbose (like this sentence), may seriously affect legal thinking, analysis and decision-making. Inappropriate calques generally draw a blank. Worse still, they may skew the sense of a phrase.

Take the famous Russian expression «злоупотребление субъективным правом», or zloupotrebleniye subjectivnym pravom – literally, “abuse of subjective law/right”. There has been at least one known case where this mysterious locution gave rise to earnest scholarly disputes among English lawyers (solicitors and counsel alike). Lawyers on both sides were seriously considering instructing Russian professors of law to write expert opinion and appear in High Court to give expert evidence about the exact meaning of “subjective right”.

Interestingly, the parties were assisted by none other than the official court interpreter who happened to be also a Russian-trained lawyer. The reason that the Russian language feels obliged to use what may appear to be a somewhat bizarre qualifier, “subjective”, is that in the Russian language the word pravo (право) may mean both law and right. And in order to distinguish between the two, Russian lawyers have to call law – “objective pravo”, and right – “subjective pravo”. In fact it is an excellent example of Marxist philosophy helping the poor Russians out: indeed, law exists independently of an individual’s will and is therefore, well, “objective”. Right (as in “legal right”, or “human rights”) is then described as a “subjective pravo”. And that’s all there is to it.

What the mysterious formulation “zloupotrebleniye subjectivnym pravom” means is in fact all those instances which in the English language are described as “abuse of right”, and include, in Russian law, vexatious litigation, abuse of process, malicious prosecution and the like.

One other instance where a highly qualified legal interpreter/translator may prove rather useful is the Russian concept of ownership rights which in legal theory comprise three attributes, or components including the “right of possession” («право владения» – the right to hold on to a thing), “the right to use” («право пользования» – the right of peaceful enjoyment) and the right which is usually translated, rather ambivalently and unsatisfactorily, as the right to “dispose of a thing” («право распоряжения»).

It is this third attribute which poses the most significant challenge. To make matters worse, this same attribute is sometimes described as subsuming what translates into English as the right to “alienate the thing”.

Translated literally, it may be misconstrued – and when the interpreter lacks sufficient legal sophistication is in fact often misunderstood – as meaning the right to sell the thing (as in “he disposed of his property in Surrey”). There are examples where arbitration proceedings have turned, amongst other things, on the correct understanding and interpretation by the arbitral tribunal of the exact meaning of this Russian term.

Remarkably, in one instance the interpreter was granted leave by the tribunal to take his linguistic hat off and put his lawyer’s hat on, effectively turning him, informally, for a short while into an expert witness. A few minutes of intense discussion between the arbitrators and the interpreter ensued even as the actual Russian expert witness was quizzically looking on. It then transpired that the “right to dispose of a thing” (pravo rasporiazheniya), for all practical purposes means the right to “determine the legal fate of a thing”, i.e. the right to sell, transfer, gift, assign, charge, pledge, lease out or even destroy the res.

In yet another example of the intricacies of Russian legal jargon, he 1994 Russian Civil Code has been translated into English several times by at least three different groups of linguists. It appears that only one of those translations has been professionally edited by a Russian lawyer. Some of the translations err on the side of caution, i.e. are too literal. For instance, one cryptic translation, in the section dealing with different types of persons (or, as they are called in Russian law, “subjects of law”) is something that appears in the English version as “economic society”. It really takes quite a flight of imagination for a reader to figure out that the translator has simply tried to stay as close as possible to the Russian original, which in turn borrows heavily from the French “societe” and the German “Gesellschaft”. In fact, all the Russian term хозяйственное общество (“khoziaystvennoye obshestvo”) actually denotes, is a “commercial company”.

In an ideal world, interpreting in court or arbitration should only be done by qualified legal interpreters able to stand his or her ground and fend off the pressures exerted, particularly during cross-examination and often self-servingly, by Russian-speaking lawyers on either side of the isle. A strong legal background involving a clear understanding of both the Russian and the English legal systems would certainly be an advantage.
There are quite a few former linguists among lawyers. It’s a shame that former lawyers among legal interpreters are few and far between.

Is it that the temptation is far too great, once you have become a lawyer, just to keep calm and carry on, even though sometimes an interpreting career might be a viable option?

Victor Prokofiev, a contributing author. Victor is a London-based freelance interpreter and translator. 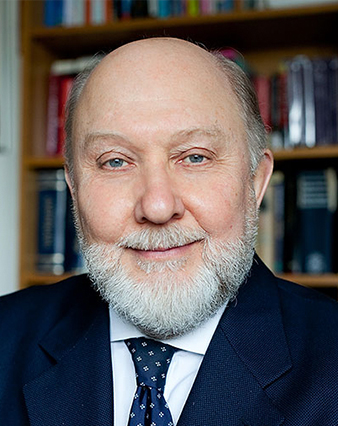